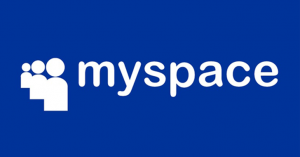 Remember MySpace? It used to be the king of social media, the platform that other social media platforms wanted to be. When Rupert Murdoch bought it for $580 million in 2005, people thought he was crazy. When it reached 300 million members and was valued at $12 billion a couple of years later, it looked like he’d made a fantastic deal. And when News Corp accepted just $35 million for it in 2011, Murdoch’s critics had the last laugh.

That’s history. But as Twitter struggles to grow and looks for a buyer, that history is full of lessons that are still relevant today… especially to the owners of private social networks.

Quora has a fascinating, long-running discussion into why MySpace collapsed, with contributions from Yishan Wong, who worked at Facebook for five years, and Edward King, who spent a couple of years at MySpace. They raise a number of issues, most of them related to MySpace’s horrific design. All of that profile flexibility made pages look like the cover of a teenager’s exercise book. Navig

ation was impossible. News Corp was more interested in advertising than the user experience. New products weren’t rolled out quickly enough. And so on.

Those aren’t problems that affect Twitter, and they won’t affect your private social network either. Twitter is better known for its limitations then the freedom it gives its users. As we work to improve PeepSo, we always place a huge emphasis on usability. Every part of the platform is tested to oblivion not just to make sure it works but also to make sure it’s easy to use for both administrators and members.

Twitter is less a social network than a participatory publishing platform.

That’s a warning for anyone building a private social network of their own.

One of the reasons that we put so much effort into PeepSo’s notification system was to encourage users to keep making posts. Users whose actions generate interaction get the reward of seeing those notifications coming in. It’s instant gratification, and it’s addictive. It keeps people posting.

Owners of the network can make use of that gratification. Tag people in your posts and your images to make sure that they see a notification. Ask questions of specific people in the community and encourage others to weigh in. Pick out individuals with great stories to tell and invite them to publish them in the community. If you know that someone recently attended a show relevant to your group, for example, ask them to share the images.

Bad design can damage a community but the real threat is lack of interaction. Keep your members talking and you’ll be a smarter owner of a private social network than Rupert Murdoch ever was.