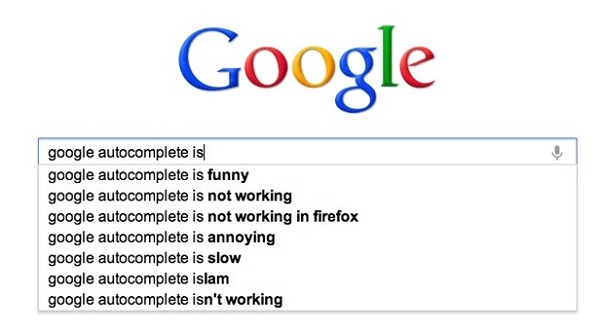 Google’s autocomplete tool is a great way to find out what people want to know about certain topics. It completes your words and sentences, based on what it thinks you’re going to type – and it makes these assumptions based on what other people around the world are searching on Google, and how frequently they’re searching for it (note: this works best if you’re logged out of your Google accounts and clear your browser history, as otherwise you’ll get autocomplete results tailored to you – rather than results ranked by worldwide popularity).

We went through and typed in “social networking” followed by each letter of the alphabet, to find 26 of the most common Google searches about social networking – and what came up was pretty interesting.

So, according to Google, here’s everything you want to know about social networking: from A through to Z.

Studies report that 60% of internet access is now via mobile devices; so it makes sense that social networks would need to be compatible with mobile in order to gain and maintain popularity. People like social networking apps for a number of reasons: they allow you to connect on the go, they allow you to be logged into and get notifications from multiple platforms at the same time. Plus, people aren’t always satisfied with the “official” app for each social network – they can be slow or glitchy, or not allow you to do the things you need or want to be able to do from mobile.

Social networking has a range of benefits, both personal and professional. It lets us connect with friends and family all over the world, learn about different cultures and perspectives. It lets businesses advertise their goods and services to a wide range of people, and communicate messages to multiple customers and clients at the same time. In short, it brings people together.

After completing this search, it looks like people were looking for two different things: case studies of successful social networks, and significant legal cases involving social networks. For social networking case studies, this is a great place to start; for those interested in the legal side of things, here’s two infamous criminal cases, involving Facebook and Linkedin.

Here’s some social networking facts you might not know:

Social network games are usually multiplayer, connecting people with their friends or random users; they’re most often designed to be played in-browser, but the more popular ones sometimes get their own, distinct mobile apps. Most people who play social networking games fall into the 30 – 59 age demographic; it’s been suggested that this is because they’re free, less violent than “traditional” video games and easy to grasp, favouring casual engagement.

If you’ve ever played or been invited to play Candy Crush Saga, we recommend this video.

The history of social networking, if we take the definition above to be correct, could be considered to be synonymous with the history of the internet. ARPANET, the very earliest version of the internet as we know it, was a four node network connecting four different universities; through the 1982 handbook distributed at MIT, we can see that people were already using that network to chat, arrange meet-ups, and connect with others with similar interests. Social networking as we know it today is just the latest incarnation of something that’s part of the internet’s DNA.

From carrying out this search, it seems like the main topics people have in mind when they search for “social network issues” are technical problems, privacy concerns, and ethical issues. Technical problems are always going to arise when you’re working with something growing rapidly, or that needs to respond to the natural evolution of any community. Privacy concerns, we’ll talk about below. As for ethics, you can find out more about the ethics of research conducted via social networks in this PDF from Deakin University.

Given how significant a role social networks play in modern day communication, it makes sense that they’d become an integral part of the academic field of Communication Studies, and in turn, give rise to dedicated academic journals. If you’re looking for academic journal articles about social networking, try some of the search engines listed in this subject guide.

Key Stage 2 refers to the four years of schooling that happen between ages 7 – 11 in the UK. It’s an age group where children are usually computer literate enough to want to join social networking sites, but don’t yet meet the minimum age requirements. Hence, there’s a number of resources out there to help parents and schools teach children in this age group about social networking before they’re able to sign up for one.

If you want to link your website to your social media page in a visually appealing way, using that social network’s logo is a good way to go about it – however, it’s always good to make sure that you’re allowed to use the particular image you’re saving and re-uploading. Here’s a handy flow chart to help you decide whether you’re risking a cease and desist letter (or worse).

Software in itself is neither good nor bad; it’s how people use it. Bullies will use social networks to hide behind aliases, to bombard their victims and spread rumors. Predators and stalkers can easily seek and find information. The bigger social networks get, the noisier they get. If you don’t run your own social network, you have no control over how your information is collected and used. The negatives can be incredibly varied and subjective, too, different for every person: for example, Hasidic Jews can be barred from their community for using social networks.

A more comprehensive summary of this bill can be found here, but in a nutshell: it stops employers from asking employees for their personal social networking usernames or details.

If you’re handing out your personal information and documenting your life online, as most social networking sites ask or enable you to do, you should be concerned – or at least educate yourself – about what’s being done with that information. We’ve written some more about that here.

If you’re not paying for something, you become the product.

This list on Wikipedia is a good place to start, but it would be near impossible to create a comprehensive list of all social networks on the internet. If there’s a niche interest/fandom/demographic, you can pretty much guarantee that it at least has its own forum, if not a fully functioning social networking site.

Here’s a list of 39 tools you can use to enhance your experience on the major Western social networks. If you want to start your own, PeepSo has everything you need.

74% of online adults use social networking sites. This fact sheet breaks them down into demographics, and looks at how they’ve changed over time.

Most people use the terms interchangeably, but there is a difference. Social media refers to sites like YouTube, Twitter and Reddit, where people upload content; one communicates to many. Social networks (Facebook, MySpace) emulate the networks and relationships we have offline; people build individual profiles and identities, and connect those to other individual profiles and identities, to form a wider network. As they grow, there is some crossover happening; Reddit users cultivate networks and profiles through the content they post, and Facebook business profiles can function in much the same way as a social media (social networking) profile.

In 2007, Xbox introduced a feature called “friends of friends”, allowing people over the age of 13 to make their list of friends public. Integrating social tools and fostering community is a good way to make sure people stick with your platform, because it’s much easier to walk away from hardware than it is to walk away from a portal to your friends.

YouTube is, strictly speaking, a social media site (see above) – but features like direct messaging and comments have enabled it to develop some of the same features and patterns as dedicated social networking sites. You can read a study about that here.

Has social networking turned you into a zombie? Find out here.

Looking to create your own private social network? Get PeepSo today!