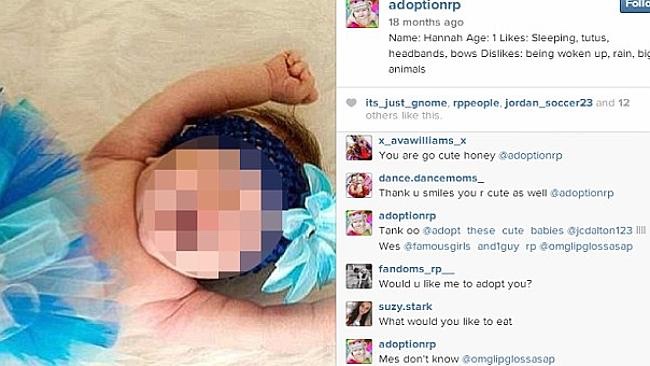 Social media roleplays are an online game in the same family as fanfiction and cosplay; users will create settings and characters, create social media accounts for them, and then play out relationships and events as those characters.

Sometimes they play as established characters from television and film; other times, they extend existing fantasy universes. Where new characters have been invented, tradition dictates that they’ll choose a celebrity who fits their vision of what the character looks like, and use public domain photos of that celebrity where images are required or desired. These games have become so popular that players have to apply to take part; game organizers will ask a set of questions, and select the person they think will play best.

For the most part, it’s harmless, creative fun; but recently, it’s taken a darker turn as people have started playing using photographs of “real” people, stolen from their social media profiles. It’s not quite catfishing, as players will usually make it clear that they’re role playing (by putting “RP account” in their description), but it can be equally distressing to the people whose photos are being used to represent a character they have no control over.

An even more disturbing trend has started to emerge, a subculture known as the “baby role play” – players will steal photos of other users’ children, and use them to play as the parent of an imaginary child. Virtual adoption agencies have popped up, where users will “bid” to be able to use a particular set of stolen photos for their game; or, they’ll request particular physical characteristics, and these virtual adoption agencies will scour social media until they find something appropriate.

For the most part, these role plays are fairly benign (beyond the stealing of photos); discussions center around normal parenting topics like feeding, health, growth, the child’s interests (players tend to be teenage girls, acting out motherhood). There are, however, some role plays which are fixated on breastfeeding or child nudity, with distinct sexual undertones.

It’s scary to think that we’re putting what’s most precious to us in such a public space, that someone might be pretending to mother your child (or worse) in a dark corner of the web while you continue to post photos, completely oblivious. If you’re concerned about online privacy, it might be time to think about starting your own private social network; a space where you know everyone looking at your pictures, and have clear guidelines about what they can do with them.