WordPress is completely different to Joomla. We couldn’t just copy and paste the JomSocial code. We had to build a new framework, new interface… a new community! It’s been great fun.

Today, I am happy to announce that PeepSo has been acquired by the two guys who have been most involved in running it: Eric Tracz and Matt Jaworski.

Eric has been working with me since I acquired JomSocial, and he stood out immediately as a leader and a big thinker. He’s not afraid to tackle the hard stuff, and he quickly became an outstanding project manager at iJoomla, running projects as large as Guru, Ad Agency, Publisher and more.

Eric’s best friend since high school, Matt Jaworski, joined JomSocial in 2014 and impressed me with his quest for quality, super high standards, and his ability to execute.

Once California-based Dave Jesch and his team had made PeepSo ready for beta, I needed to find in-house talent to complete the project, and in a moment of inspiration I decided to make Eric and Matt the project manager and lead developer. I knew they get along. I knew that their skills complement each other’s and I had no doubt that they had the talent and the ability to pull it off. There was just one (little) problem… they had no idea about WordPress!

I gave them a few months to learn and it paid off, hugely! They quickly caught up on everything they needed to learn and started working on PeepSo, improving it, tweaking it and making it ready for release.

Eric and Matt  then hired new team members, trained them, dealt with issues and provided support to our growing customer base, all with the utmost professionalism and dedication, and with very little intervention on my part.

I am very proud of what we have accomplished so far. It only made sense that when I decided to retire from open source software and find a new home for PeepSo, I reached out to Eric and Matt to see if they’d like to take over. They did, of course! Their passion and talent will drive this project forward, providing the WordPress community with a proper and better alternative to BuddyPress.

Eric Tracz is now the new CEO and Matt Jaworski is the new CTO of PeepSo, and together they will take PeepSo to new heights. I am confident they will make me proud. I already am.

A big thank you for all the customers who put their trust in me and my team over the years and of course to all my amazing team members. You have made this experience truly rewarding and fun. I can’t wait to see what you accomplish next.

@peepso_user_7(Eric Tracz)
Merav you are hands down the best boss I have ever had. I've started with JomSocial as a Tech Support guy, later trained and promoted to a Project Manager. Then, just as I was getting comfortable, you threw me in the middle of the WordPress ocean. Now me and Matt are taking over PeepSo in its entirety. I'll always be grateful for the years of working with you, the learning, insight and god only knows what more <3!
May 1, 2017 4:18 am May 1, 2017 4:18 am
2 people like this. 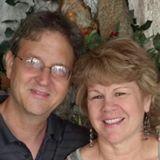