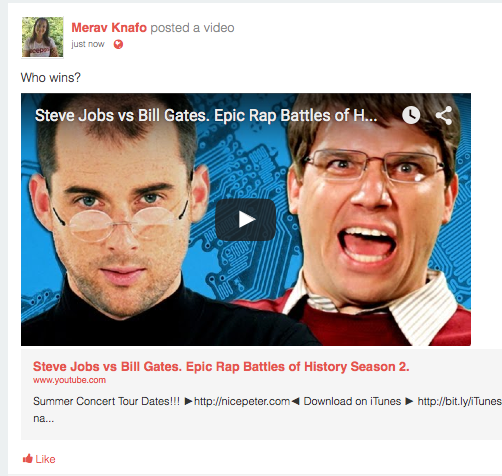 “In five years, most of Facebook will be video.”

That was Mark Zuckerberg at Facebook’s first community town hall meeting in 2014. He’s since gone further. In a Facebook-based Q&A a year later, he predicted that future content would be immersive. The picture that accompanied the interview showed a pair of the company’s Oculus Rift virtual reality glasses on his desk.

Video is currently the most immersive and the most engaging form of content on community sites. A short clip is easy to watch even on a mobile phone and more engaging than any other form of content. Researchers have found that video promotions are 600 percent more effective than print and direct mail combined, and can generate purchase rates as high as 12 percent.

When you’re looking to improve engagement on your private social network, you need your members to share videos.

Tell them what kind of videos to share. Explain to them how to share. And teach them how to shoot simple videos that relate to the subject of your private social network and that people want to see.

Now that everyone carries a video camera in their pocket, there’s no reason that your members shouldn’t be filming all their community-related activity. Remind them to pull out their camera every time they climb on their mountain bike or bake a cake. You should find that, like Facebook, most of your community content is video too.

That’s all for now! In the next post, I’m talking money!