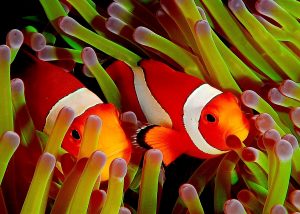 “In general, networks like Facebook and Instagram are sharing platforms — they’re super broad. And when you’re posting about your passion, it’s irrelevant to many of your friends.” That quote on DigitalTrends.com comes from Fishbrain CEO Johan Attby. It sums up everything we believe about private social networks.

Fishbrain is a private social network for anglers. According to DigitalTrends, it counts more than three million members. Last year, those members used the site to log more than a million catches, sharing which fish they caught, where they caught them and detailing the kinds of lures they were using. None of that is information that will be of any interest to people who don’t spend their weekends sitting by a river but it’s of vital interest to other fishermen, and an important factor driving engagement on the platform.

Fishbrain has succeeded because it hasn’t just created a platform for anglers to come together and talk. Attby has also made the effort to personalize the site, matching its content to the people who use it.

So Fishbrain’s registration form doesn’t just ask for a username or access to a contact list. It also asks new members about the fish they like to catch and the fishing method they like to use. That allows the social network to steer posts and videos about trout fishing, for example, to fishermen who like to catch trout, and fly fishing content to anglers who like to catch… flies. (We’re not anglers at PeepSo.)

Fishbrain also adds new members to groups automatically. Because the platform can assume that most of its members will be fishing local streams and lakes, those regional groups immediately give them a flow of information that’s directly relevant to something they’re intending to do. Fishbrain then goes even further. It tags the details that go into every catch and crunches the data to produce a “fish forecast” showing the best times and places to pull out a rod. Members see which species are biting and which fishing areas have the richest pickings so that they can plan their weekend. Membership of Fishbrain doesn’t just put people with a common interest in touch. It unites them with valuable information.

“That’s the beauty of going after a [niche],” Attby told DigitalTrends. “You can build a specific design or user experience around it.”

Attby chose a good topic to build a private social network around. Anglers like to share pictures and videos of themselves holding the fish they’ve caught. They like to tell stories and share their techniques. All Fishbrain had to do was create the resources that allowed those hobbyists to engage in their natural behavior.

The things you can do regarding fishing with this app are pretty much only limited by your own imagination. Learn more about Fishbrain app and other useful fishing apps on outdoorstime.com

At PeepSo, we offer a host of personalization options, as well as a Group plugin like Fishbrain’s regional groups, and a Location plugin that brings together people with local knowledge. They’re good places to begin when you’re building an active community on the kind of private social network that the big social media firms just can’t match. If you haven’t personalized your PeepSo site yet, now’s a good time to start.