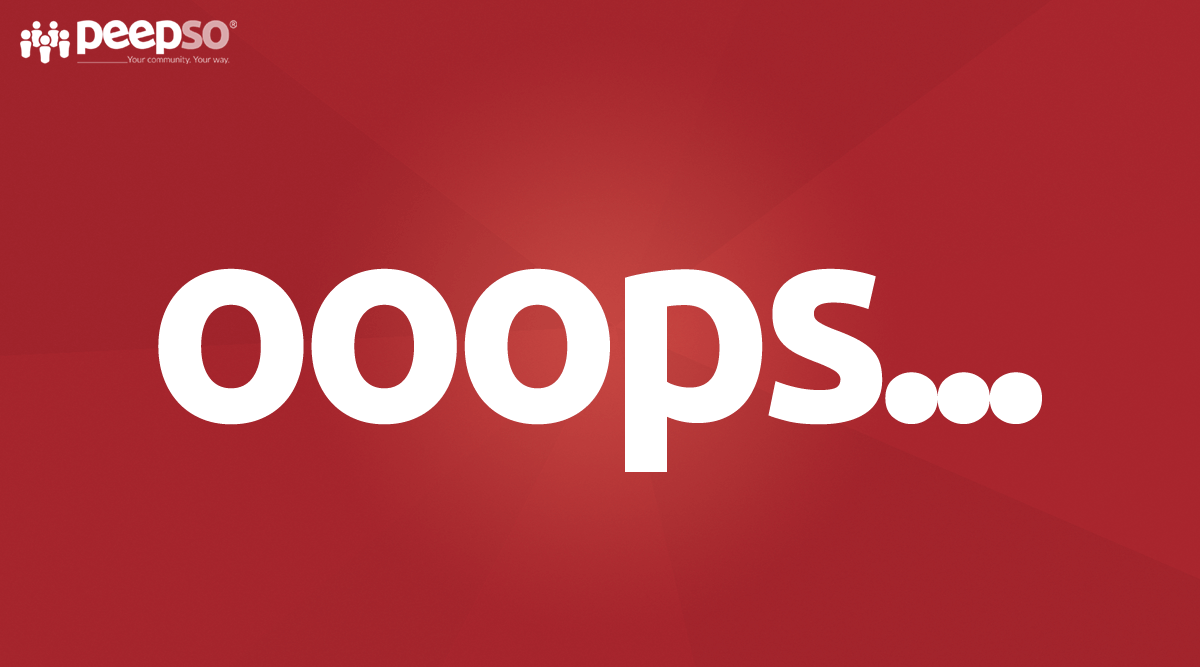 Developing your online community takes a lot of hard work. You’ll make mistakes and learn lessons, but hopefully have a blast bringing it all together and watching it grow. But to help you avoid a few common stumbling blocks, we’ve put together this quick-fire list of mistakes and pitfalls we’ve seen through years of building successful online communities. We hope it helps!

1 – Focusing on community SIZE, not quality

The ultimate goal of most online communities isn’t just to exist and be as big as possible—it’s to play a specific role in the success of a larger business, or to provide extreme value on a certain topic to interested parties. In neither case is “getting huge” the first goal. Sustainable and relevant growth is fantastic, but this comes from a foundation of engaged users. When the primary focus is rapid growth, we see scenarios like CNET’s acquisition (and subsequent collapse) of Consummating, a mid-noughties dating app. CNET’s aggressive growth strategy quickly duodecupled the number of members (that’s 12x!) and simultaneously alienated most of the original 5,000 members. Combined with a lack of quality content, infrastructure, and direction, new member interest soon dried up too. The company collapsed in 2008.

2 – Giving up because “it’s been done before”

Imagine if Microsoft had stopped developing PCs because Apple did it first. Online communities are a competitive landscape. If you have a brilliant idea for a community, and how to make it thrive, then it doesn’t matter else is out there—there is always enough space for new players. Not to mention that older communities often grow stale and break up, leaving spaces in every industry. You might have an idea for a forum-based community like Reddit. Instead of thinking, “Oh, I could never reach their success” (and by the way, you don’t need to and Reddit’s founders didn’t expect that either…) just focus on how you might operate, what foundations your community would have, and pursue it. Some of the most engaged, profitable, and robust online communities are no more than a few hundred or thousand members. And it’s taken them years to even reach this point!

3 – Not involving members in the development/direction of the community

You have a vision for where your community is headed and what it will look like. That is a prerequisite and a fantastic place to be. However once your community starts attracting members and growing arms and legs, you need to bring them into the conversation. It’s like running a business. The single most effective way to build products that sell is to take feedback from the people already buying from you. Same goes for communities. Not only does this build loyalty among existing members (who are thrilled to have their ideas heard and acted upon) it can also take your community in a subtly new, surprising direction. Some of the most successful communities have their identity crucially (and unexpectedly) formed through collaboration with members.

The most productive communities usually encourage some amount of controversy, contrasting opinion, and spirited debate. While we live in a society increasingly opposed to opposition, it is absolutely healthy for developing your community. For a start, these engaging discussions give members another reason to log in and contribute. But on a deeper level, communities which only permit a single worldview quickly become stale, exclusive cliques. Removing any perceived negative comments or removing users whose opinion is controversial (but not hateful, or trolling, or violating community guidelines) is a surefire way to ignite a real controversy. Censorship plays a huge role in managing trolls and vicious internet users—just make sure it’s your final move, not your knee jerk reaction.

5 – Missing the mark on monetization

There are two ways to mess up monetization:

The daily goal of any community should be to unite users who are close to the goal and ideology of the brand; to foster brand advocates. Over the longer term, this will lead to huge gains for your company or organization. Launching a financial scheme too early will alienate members and, often, cause them to spread elsewhere for a better ‘community feeling’. But of course, there is huge scope for financial gain within robust communities and many ways to achieve profit. For a ripe community, the approach of developing products and services that members actually want to buy can be incredibly lucrative. Over time, you’ll have a community that wants to support you and is happy to buy valuable products from you—all it takes is the courage to ask!

6 – Not providing space for “off topic” conversations

This is especially important for new members. Often they’re just testing the waters; trying to find out whether this community will give them what they need. They’ll start socially-oriented discussions and share personal anecdotes—if your community only has forums for hard, topical questions, then you limit the ability for new members to get comfortable. This is essentially a post-onboarding tactic, and an important one at that. The other aspect is that some members will always want to post something silly, amusing, or off-topic. Giving these discussions their own space means decluttering your most valuable, topical channels.

Clearly this is not an exhaustive list, but from our perspective these are core areas which are often overlooked by new community managers. Our hope is that, by choosing to implement some of these, you’ll build a more robust and engaged community—without having to learn it all the hard way!